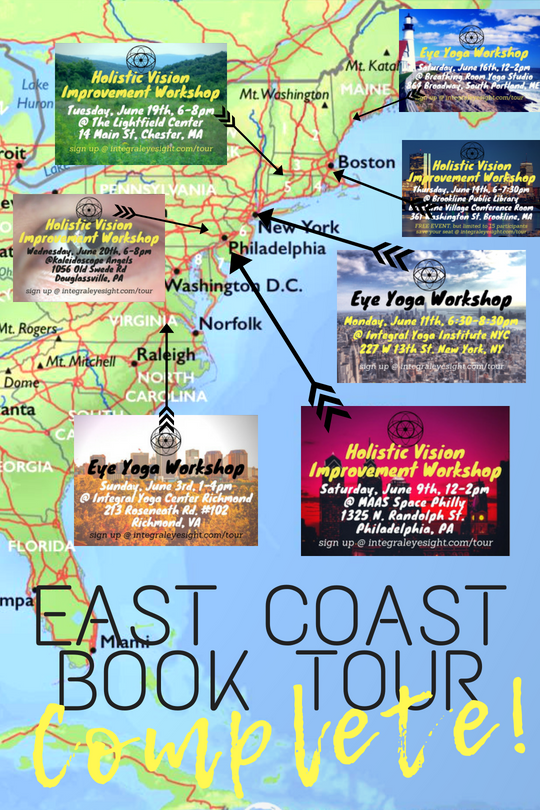 Thank you to everyone who attended one of my events this month up and down the northeast coast! I’ll be releasing a whole episode of the Naked Eye Podcast recapping the entire book tour, but until then feel free to check out some photos of the book tour complete with people, places, and things seen along the way…

Before driving up and down the North East Coast, I flew up to Minneapolis, Minnesota to teach a four hour holistic vision improvement workshop at Lake Harriet Spiritual Community Center.

Then two weeks later I departed on my East Coast Book Tour, with my first stop in Richmond, Virginia to volunteer at the Peace Love RVA Yoga Festival and teach my first out of seven vision workshops of the month at Integral Yoga Center of Richmond.

From Richmond I made a quick pit stop in Washington DC for a couple of days.

My next stop was Philadelphia, Pennsylvania to teach my second out of seven workshops at MAAS Space.

Continuing north, I drove from Philadelphia to New York City to teach my third out of seven workshops at the Integral Yoga Institute in New York.

After New York, I continued up to Boston, Massachusetts to teach my fourth out of seven workshops at Brookline Public Library.

The farthest north I drove was to Portland, Maine to teach my fifth out of seven workshops of the tour at Breathing Room Yoga and Wellness Studio.

I turned around and started to head back south, stopping in Chester, Massachusetts in the Berkshires to teach my sixth out of seven workshops at the Lightfield Foundation Community Center.

Finally, I made one last stop in Douglassville, Pennsylvania near where I grew up to teach my seventh and last workshop of the tour at Kaleidoscope Angels in the suburbs outside of Philadelphia.

2020 Holistic Vision Summit
You can now access REPLAYS of Nathan Oxenfeld, Esther Joy van der Werf, Jacob Liberman, and Barry Auchettl's talks, and the replay of the world premier of Vision 2020: From Eyesight to Insight Documentary Film and Discussion
www.integraleyesight.com/hvs

On Tuesday, October 4th you can join me and 8 othe

Get outside to sun and swing your eyes! 🌞 Pract

Have you seen my YouTube video about why “eye ex

If you listened to Episode 61 of The Naked Eye Pod

A special thank you to all of my Instagram followe

Colors can have a profound effect on us physically 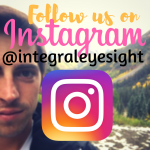 Legal Disclaimer:
The content of this website is intended for educational purposes only. It is not, in any sense, diagnosing or advising any medical treatment for any pathological condition and is not a replacement for advice or care from a qualified health care professional.